The 12th annual Fiesta – Alabama’s largest celebration of Hispanic culture and heritage, will take place this Saturday, September 27th in Birmingham’s Linn Park!  What a journey this has been!  I was a founding board member of this event 13 years ago as a member of the Birmingham Regional Chamber of Commerce’s Hispanic Business Council (HBC).  The event was created as a way to award scholarships to Hispanic students in the state.  To date we’ve awarded over $50,000 in scholarships and hope that amount will continue to grow as we grow the event.

Fiesta was also created to showcase the best of Hispanic culture and to show that not everyone who speaks Spanish is Mexican. Back when the event was started, that was quite the issue.  But another founding board member, Mike Suco, said it best…he said, “I’m Cuban, but it doesn’t mean I eat salsa!” That quote has stuck with me all these years.  There are so many stereotypes surrounding the Hispanic community in the Birmingham region.  Fiesta exists to help dispel many of those by bringing the Birmingham Latino community together to showcase the best of what each country offers.  To me, it’s the heart of what Fiesta offers to Birmingham and the state.

I remember the first Fiesta in 2003 like it were yesterday…we were so excited about the event but thought we would only have an attendance record of about 2,000 people max. Imagine our surprise when we had about almost 7K people come through!  I remember walking through Linn Park that day, snapping pictures (as the “official” Fiesta photographer), and being absolutely giddy – along with the other board members – about the number of people we were seeing come through!  It was clear to us then that this event was not only something that the community needed, it was something the community was embracing as well!

One of my favorite aspects of Fiesta each year is taking photographs. I get to see and photograph people reconnecting, sharing stories and making new connections.  I remember the first year taking pictures with film!  I think I took about 15 rolls of pictures that year.  Now, with digital photography and all its capabilities, I average about 1,000 pictures each year!  And while I love going through my photos at the end of the day…I LOVE seeing what other photographers capture at Fiesta these days.  It’s great to flip through Facebook and see Fiesta photos each year.  More proof that Fiesta is an event NOT to miss!

Hope you will come out this year – our 12th year – and experience what Fiesta has to offer.  One special note – McDonalds is our Title Sponsor this year!  And they are bringing their Fiesta Tour to Linn Park.  Such a treat and something you won’t want to miss – I saw the tour at the National Council of La Raza (NCLR) in Chicago a few years ago and was so impressed!  The Fiesta Tour showcases Latin artists such as Gloria Estefan, Selena and Celia Cruz.  You really need to see this!  We are forever grateful to Birmingham McDonald’s owner Santiago Negre, for making this possible!

Tickets are $5 in advance and $8 at the gate. Fiesta starts at noon and runs through 8 p.m.  See you there!

Here are a few shots of Fiesta through the years…

Fiesta 2004 – then President Mike Suco speaks to the media during Fiesta’s 2nd year. 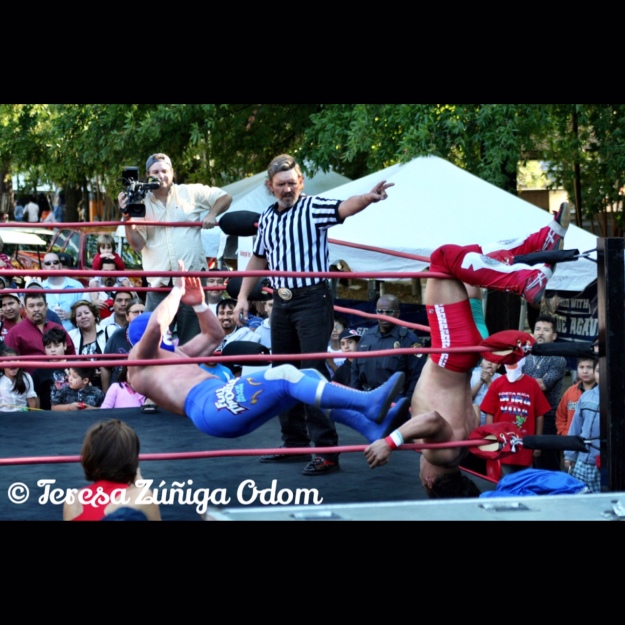 Fiesta 2008 – Wrestling makes an appearance at Fiesta with the Blue Demon!

Fiesta 2008 – getting a hug from my Cuban friend Lizette at the Cuban booth in the Cultural Village. 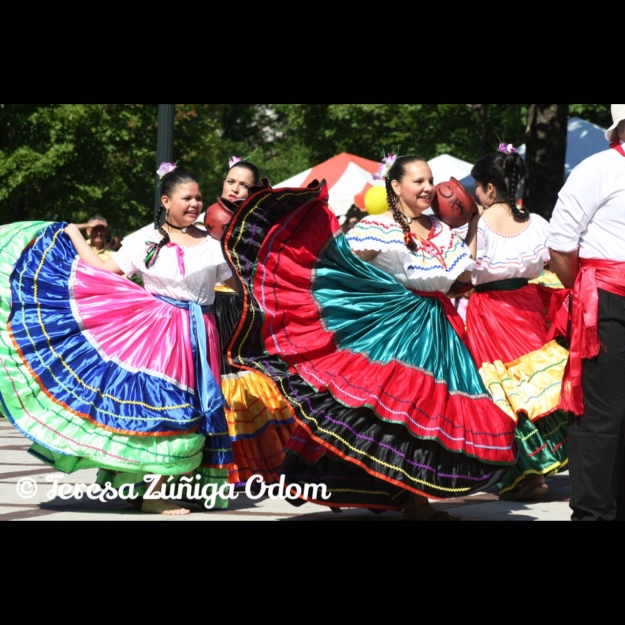 Fiesta 2008 – one of my most favorite photos from Fiesta and most often used in Fiesta advertising. The colors are incredible! 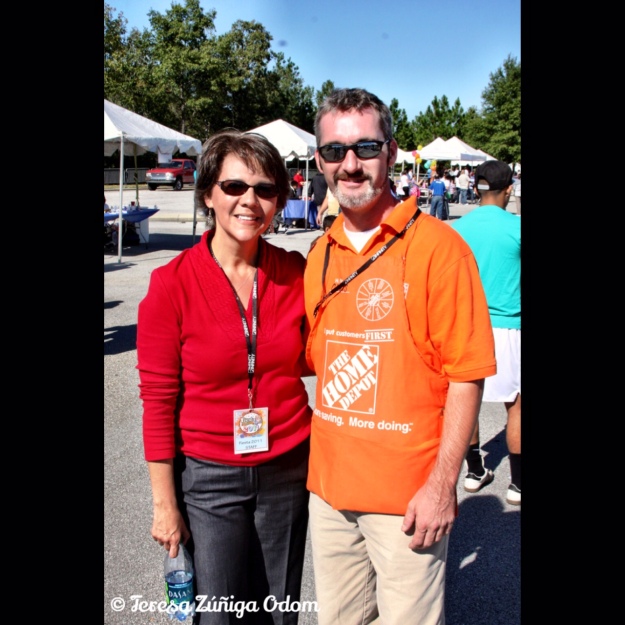 Fiesta 2010 – with Fiesta Board member, Chris Miller when the event was held at Regions Park in Hoover, AL 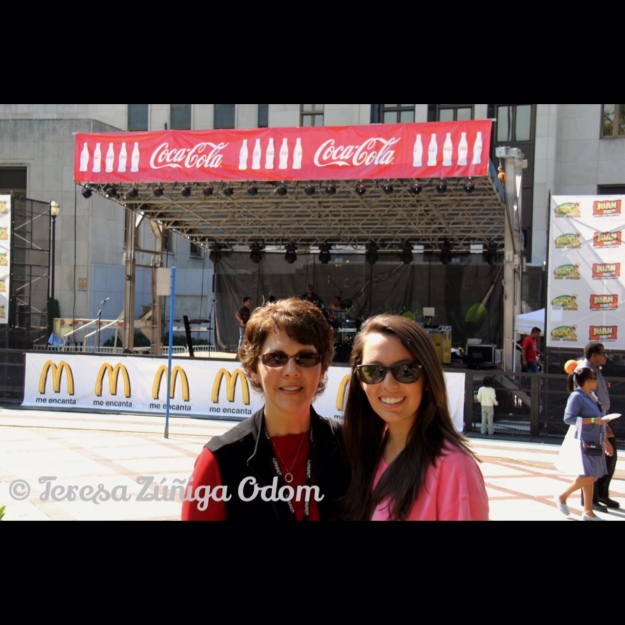 Fiesta 2011 – in front of the Coca-Cola/McDonalds Main Stage with my daughter, Anna Marie.

By now y’all know that I have a Designs by Lolita wine glass for practically every occasion! So I was excited to have several to use over my daughters wedding weekend. My “Mother of the Bride” glass clearly got a workout this past weekend but I was also glad to have “Bridal Bouquet” for the rehearsal dinner and it coordinated nicely with my dress! I also had my “Wedding” champagne glass to enjoy when I got home with some left over wedding Prosecco 😋 These glasses help make the festive times of my life that much more enjoyable and I love that my friends and family embrace my love of these glasses too! Cheers to Lolita glasses and making every event more fun! 🥂🍷
This time last week we were celebrating Emily and Jeff’s wedding. ❤️ It was such a beautiful day even with the rain. And we were so blessed to have so many friends and family members there to celebrate with us. Burns Bluff was the perfect venue for Emily and Jeff. The owner - Karen Tillery, her staff and wedding coordinators were wonderful to work with throughout the planning process and especially on the wedding day. It was wonderful to put our trust in them and just enjoy the day. ❤️ Today I’ve been reliving wedding weekend through the photos I took with the knowledge that we gave our daughter the wedding she dreamed of…❤️ .
Eddie and I took a very similar selfie photo before Anna Marie got married in 2015. I’ve always loved that photo of us because it was so spontaneous and we were both caught up in the wedding day prep and had a few moments to stand together and watch the activity around us. So as we took a moment to stand together and watch very similar activity during Emily’s wedding day, I told him we needed to recreate that photo. True…we are both a little older and grayer after six years but I think we look pretty good together! 😀😂❤️
Emily’s wedding weekend is now a precious memory. 💍 ❤️ So much work and planning takes place in order to make the day for your daughter so special and when it’s over you sit back and reflect on the events, go through photos and try to get some rest! But nothing can top the happiness you see on your child’s face as her dream wedding takes place and she marries the man of her dreams. 💍❤️ Emily and Jeff - here’s to happily ever after and a lifetime of precious memories. We love you both ❤️