Emily learning how to fish

We got home last night from spending Thanksgiving at the beach with extended family.  Last year Eddie and I spent a long weekend in Orange Beach in October with my brother-in-law Terry and niece, TJ.  When we left, we talked about the upcoming Thanksgiving holiday and thought we might try to plan a week at the beach.  It was too close to Thanksgiving last year to pull it off so we decided this year would be the year to do it!

After our traditional family gathering the weekend before in Athens, AL at my niece/nephew Kate and David’s home, we packed up and headed to Orange Beach on Tuesday.  My mother went with us as well as our daughter Emily.  My son Charlie and his girlfriend, Danielle joined us Thanksgiving night.  We were also joined by Kate and David, my brother-in-law Allen and his wife, Rhonda and their son, Jason.  There were 12 of us Odoms total.

Sunset from my brother-in-law’s boat on Ono Island

My brother-in-law, Terry keeps his boat on Ono Island so he is very familiar with restaurants and places to go so he kept up entertained the whole time we were there.  Riding on the boat, dining at places like the Flora-Bama Yacht club and Tacky Jacks and just hanging out on the dock to fish, kayak, paddle board and watch the sunset…it was the perfect setting for everyone to spend time together and just relax.

For Thanksgiving day, we had lunch at Live Bait.  I knew it was a buffet but didn’t realize it was a traditional Thanksgiving dinner buffet!  It was nice to have turkey and dressing and gravy at the beach and not have to cook and clean up for a change.  Of course, today I was thinking it would have been nice to have had some leftovers!!!  Ha! 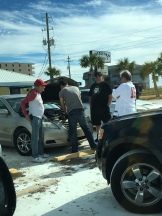 Helping Jason get his car going!

Our final act was to hang around on Saturday as we were leaving to help my nephew Jason get his car repaired.  My son, Charlie came to the rescue along with my BIL-Terry with his connections in town.  Family sticks together!  We even had a little caravan out of Orange Beach until we all hit I-65!

It was a great week at the beach…making memories and celebrating our family.  Here are a few I captured this week. 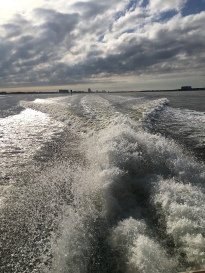 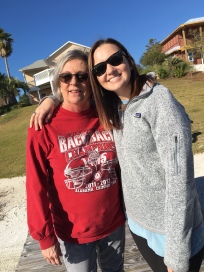 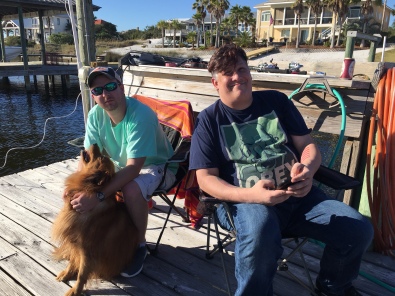 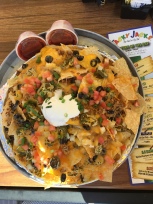 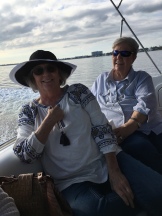 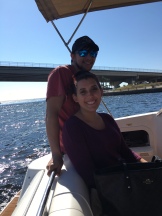 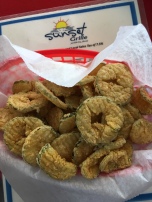 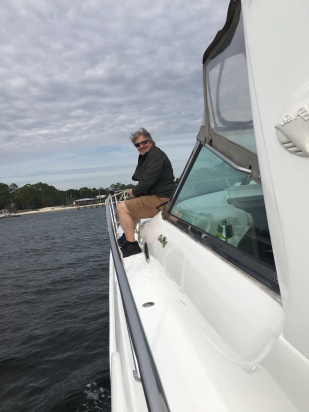 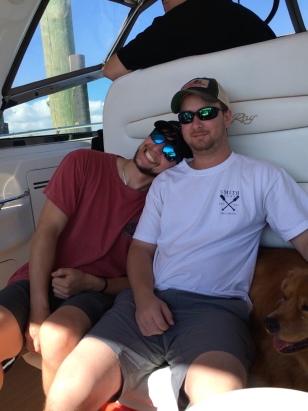 Sunset from my brother-in-law’s boat on Ono Island

By now y’all know that I have a Designs by Lolita wine glass for practically every occasion! So I was excited to have several to use over my daughters wedding weekend. My “Mother of the Bride” glass clearly got a workout this past weekend but I was also glad to have “Bridal Bouquet” for the rehearsal dinner and it coordinated nicely with my dress! I also had my “Wedding” champagne glass to enjoy when I got home with some left over wedding Prosecco 😋 These glasses help make the festive times of my life that much more enjoyable and I love that my friends and family embrace my love of these glasses too! Cheers to Lolita glasses and making every event more fun! 🥂🍷
This time last week we were celebrating Emily and Jeff’s wedding. ❤️ It was such a beautiful day even with the rain. And we were so blessed to have so many friends and family members there to celebrate with us. Burns Bluff was the perfect venue for Emily and Jeff. The owner - Karen Tillery, her staff and wedding coordinators were wonderful to work with throughout the planning process and especially on the wedding day. It was wonderful to put our trust in them and just enjoy the day. ❤️ Today I’ve been reliving wedding weekend through the photos I took with the knowledge that we gave our daughter the wedding she dreamed of…❤️ .
Eddie and I took a very similar selfie photo before Anna Marie got married in 2015. I’ve always loved that photo of us because it was so spontaneous and we were both caught up in the wedding day prep and had a few moments to stand together and watch the activity around us. So as we took a moment to stand together and watch very similar activity during Emily’s wedding day, I told him we needed to recreate that photo. True…we are both a little older and grayer after six years but I think we look pretty good together! 😀😂❤️
Emily’s wedding weekend is now a precious memory. 💍 ❤️ So much work and planning takes place in order to make the day for your daughter so special and when it’s over you sit back and reflect on the events, go through photos and try to get some rest! But nothing can top the happiness you see on your child’s face as her dream wedding takes place and she marries the man of her dreams. 💍❤️ Emily and Jeff - here’s to happily ever after and a lifetime of precious memories. We love you both ❤️