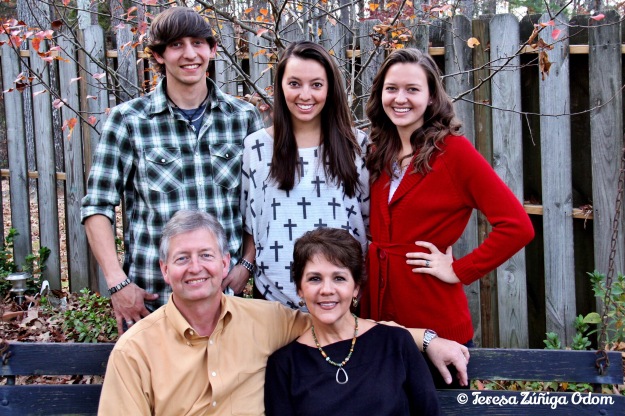 One of the things that remained constant for many years was the annual family photo on the Odom family swing.  We have been taking a grand-kids photos for years on the swing but we really didn’t start taking a family photo until 2006.  My niece, Kate became our “family photographer” for these photos and we used these photos for our Christmas card too.  We were pretty consistent with this for many years until we switched to Christmas in 2015-2016.  But for this Thanksgiving, I thought an Odom Family pictorial over the years was in order.  Meanwhile, I always like to encourage everyone to take photos so you can reflect back on these times later in life.  I’m finding time goes by very quickly and these photos and memories are so priceless.

Here are our photos over the years…beginning with 2006.  We were all seated on the family swing and Allen and Rhonda’s dog, Ozzie decided he wanted to get into the picture!

In 2007 – Our 2007 photo was taken after a major family football game in my in-law’s backyard!  I’m surprised we were all so put together after all that!  Then in 2008, everyone sympathized with Anna Marie by puffing up their cheeks.  She had her wisdom teeth taken out a day earlier and was a bit swollen!  We didn’t use any of these photos for our family photo, of course, but she was a good sport and posed for photos regardless of how big her cheeks were that year!

Nov 2008 – The adults tried to make Anna Marie feel better by taking a photo with our cheeks puffed out – Anna Marie had her wisdom teeth pulled earlier that week!

Nov 2008 – Anna Marie and her siblings and cousins 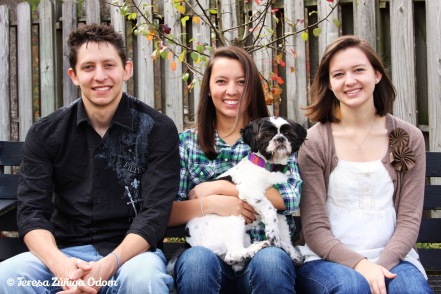 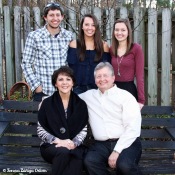 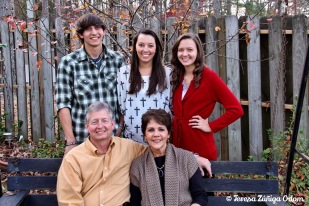 In 2014, we took our last family photo on the Jasper swing.  After that, we had to change to taking the photo after decorating the Christmas tree at our house in order to have everyone together.  I’m sure this will continue to change over the years but if we can manage one family photo together a year, I’ll be happy!

It’s been 10 years since House Bill / HB56 - I remember clearly the day this law was voted into effect and the fight that followed to get this anti-immigrant law overturned. 💪🏽 This weekend, the Birmingham Civil Rights Institute began a project to commemorate the Latino immigrant civil rights struggle in Alabama. It’s called Alabama Sin Miedo / Alabama Without Fear. The objective is to preserve immigrant stories through photographs, audio recordings and memorabilia. 💪🏽 Our community has been invited to share our stories with the BCRI so they can be preserved and included in the institute’s archives and used for future educational programs. 💪🏽 Meanwhile, Friday's opening reception brought together so many friends who were there when the fight began and it was so good to see their faces and remember.
So…going to concerts to hear bands that you listened to in your youth gives you permission to act like teenagers, right??!! 🎸 Well, this weekend Eddie and I, along with dear friends, did just that. We got to see The Rolling Stones in Nashville and then 3 days later enjoyed Boz Scaggs in Huntsville! 🎸 Both concerts were incredible and unique experiences. And the fact that both Mick Jagger and Boz are both in their late 70s and still sound amazing made the experiences even more enjoyable. 🎸 As Eddie and I start to really enjoy retirement, we are trying to make sure we have some long delayed experiences. I do regret that we’ve put off some experiences this long but instead of wallowing in that I’m already looking for our next adventure! 🎸 I’m also updating my playlist! .
🇲🇽 This photo is of my paternal grandparents - Apolonio Guerrero and Norberta Sotelo Zuniga. During every Hispanic heritage month I especially think about them and what their lives in Carlsbad, New México were like so many years ago. I know that they traveled by covered wagon in 1899 and 1900 respectively with their families to settle in New Mexico before it became a state.
💃🏽 Usually this time of the year I have a post about Fiesta and all the wonderful feels I get with this event that I’ve been a part of for the past 18 years. This year marks 19 years of Fiesta but I was in Colorado because my second baby grand was due to be born the same day as Fiesta. So I wasn’t there…and then I was…😳 @fiestabham