In 2005, we spent Thanksgiving at the beach.  It was a first for the Odom family.  We had always spent the day at my husband’s mom and dad’s house in Jasper.  But my mother-in-law, Johnnie, had been wanting the family to spend the holiday at the beach and we finally all came together and got it planned.

I don’t remember the name of the place we stayed but I do remember that we all booked rooms close to each other so we could come and go easily.  When we arrived the first day, it was a sunny and windy day and we decided to head to the Pink Pony Pub for drinks and appetizers.  Besides me and Eddie and our three kids, we had Eddie’s brother Terry and his wife Rhonda and their twin daughters, Kate and TJ.  Eddie’s older brother Allen and his wife Rhonda were also there along with my mother-in-law’s sister, Joyce and her daughter, Debbie.  We had quite a large group, much to our delight!

Fun at the Pink Pony Pub!

My best memory is of the family gathering at Pink Pony Pub.  We sat outside and just enjoyed each other’s company.  Our family tradition of taking a Thanksgiving photo on my mother-in-law’s swing was transferred to the deck of the pub that particular year.  I remember the kids being adamant that we would take a picture to keep with tradition.  I loved that they wanted to do this and not skip tradition just because we weren’t in Jasper.  Then we took family group photos together.  The one of me, Eddie and the kids is probably one of my favorites.  We all huddled close together and hugged not just to keep warm but because we were all excited to be at the beach and together.  I took the photo of my brother-in-law, Terry and his wife Rhonda and their girls – TJ and Kate.  For the rest of the family, they posed around the table where we enjoyed food and drink.

Family photo on the beach – we used this for our Christmas card photo that year!

Johnnie and Glen and their boys – Allen, Eddie and Terry

“Swing” photo on the deck of Pink Pony pub this year 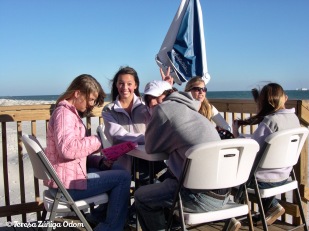 Apparently there were oysters?

Love this shot of Johnny and Joyce squeezing lemon simultaneously in their tea.

Trying to get a photo with my kids!

There we go…they look so little!

There is another great memory from that Thanksgiving at the beach and it was watching the kids play on the beach from our balcony.  They had a kite they were flying and then they also did some writing in the sand.  It was just great watching them all enjoy the beach from afar.  I didn’t have the best digital camera at the time so the photos I took are a little grainy when I tried to zoom in, but it’s still nice to have them to bring back those memories. 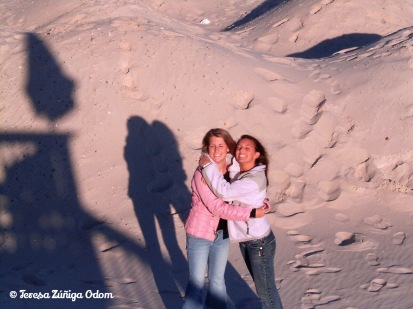 Kids playing on the dunes next to the Pink Pony Pub 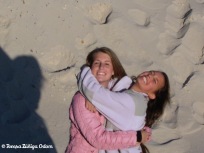 A shell from TJ

Writing in the sand…

Emily in the ocean 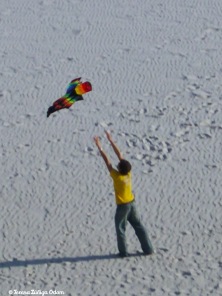 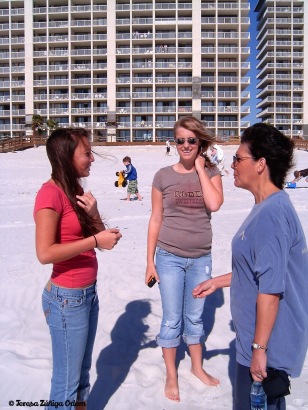 Chatting with Anna Marie and Kate

Charlie and the kite

Johnny and Joyce take a walk on the beach.

Love this photo…sisters on the beach and notice my mother-in-law Johnny is fidgeting with a disposal camera! She always had one handy!

We also enjoyed a traditional Thanksgiving turkey and dinner that year at the condo thanks to the cooking of both of my sisters-in-law!  That was always a joke with the three of us since I didn’t do much cooking and they did…they used to just ask me to bring drinks, paper products and desserts!  That was fine by me!  They were both great cooks so why would I want to compete with that?!!!  I remember telling them one year that all the sisters-in-law named Rhonda did the cooking and the ones named Teresa brought the fun!  Ha!…and I still stand by that comment! 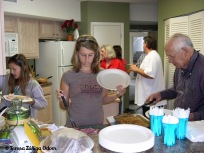 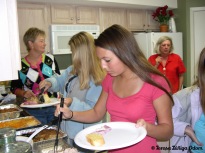 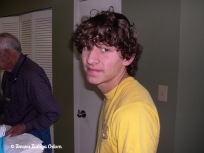 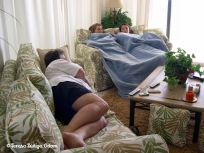 After all the turkey…

We’ve lost several family members since this Thanksgiving in 2005 so holidays tend to be bittersweet for us.  Still, we still do things to keep their memories alive when we gather.  Having these photos is so precious to us all and taking this trip in 2005 is still one of our great memories.  Now after 12 years, many of us have returned to the beach this Thanksgiving to make new memories.  And of course, I am taking the photos…

Happy Thanksgiving to you and yours…

1 thought on “Thanksgiving at the Beach”