Dia de los Muertos Alabama, presented by Bare Hands Gallery, celebrated 15 years this year!  I know I’ve said this before but I’ll say it again…after my beloved Fiesta, this is my second favorite festival of the year.  Fiesta board members have always felt a kinship with DOD Alabama going back to our fifth year in existence.  That was the year we “discovered” one another as each of our festivals grew and that was the year we decided to support one another.

This festival has been looking for a forever home since it lost its original location last year due to the changes in the Birmingham landscape.  The Rotary Trail was completed and it just wasn’t possible to use the same area for a festival this big.  Last year, the festival temporarily moved to Cahaba Brewery and it was packed.  After the crowd that showed up, they knew they needed more space so this year they secured Pepper Place for the event.

The entrance was at 3rd Avenue South with sponsors lining the left hand side.  A portion of 2nd Avenue South was closed off to house the main stage on one side and the food court on the other.  The main altar site was in the middle between the two in a large parking area.  It was so beautiful and reminiscent of the original location.  Two large brick walls surrounded the space and were used to hang murals and other décor.  Chairs were set up around the site with fire pits as was done in the old location.  I can remember years when it was so cold that those fire pits were a God-send!  Lights were strung between the walls and papel picado was everywhere!  The Mercado was in the parking lot of Pepper Place and there were so many vendors with beautiful hand crafted items for sale!  I wanted one of everything! 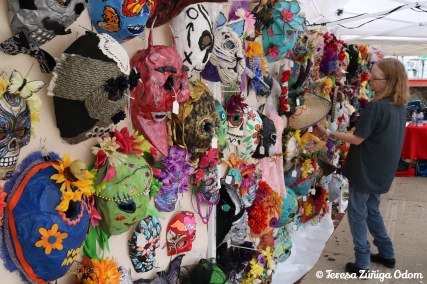 Masks created by artists on sale at the Mercado

Little girl admires her face painted in the mercado area. 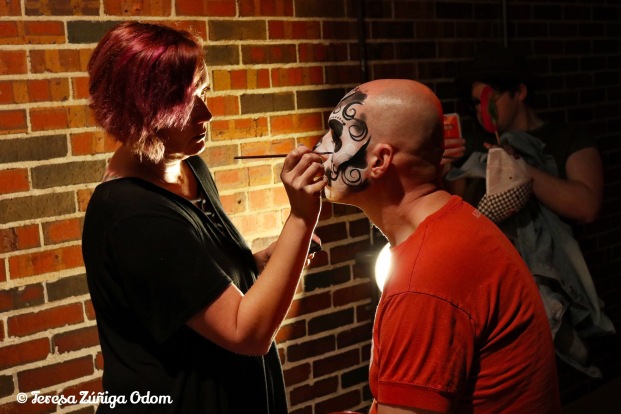 Sugar skull painting in the Mercado

This year, the set up allowed for more space and a better flow to all the event components.  The event was crowded but there was more space to walk around and not feel like you were being walked on or constantly running into someone.

I arrived at 3 p.m. to photograph some of the set up yesterday.  I always like to get there early to do this and then I stay until after sunset to take photos by candlelight and enjoy catching up with friends.  This year I had a meeting to attend from 4 to 7 so  when I got back to the site, the line to enter was down the block!  Luckily, I had pre-purchased my ticket so walked directly up to the entrance and was given my wrist band!  (Lesson to you folks who didn’t plan ahead!) 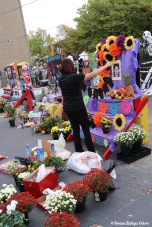 Florals being used to set up this altar.

Altar set up in progress

A view of one of the walls in the altar area

Altar to victims of crime 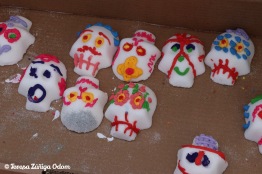 Altar to the victims of natural disasters this year

People watching at DOD is always entertaining and I love the way more and more are painting their faces as sugar skulls and dressing up.  They embrace this event and seem to take the time to understand the reason behind it…why it is important and why it exists.  It’s not just a costume party, it’s a remembrance of loved ones who have passed on and a way to keep their memories alive for ourselves and a way to tell others about them.

There is also such artistic talent in our city and so much of this talent is displayed at this event in the costumes, the unique vendor items and of course, the altar creations.  I am always inspired when I see what is created and moved to tears by at least one thing I see.  This year, there was an altar created to honor the people who have perished in the many natural disasters experienced in 2017.  It was both haunting and moving…

Here are some of my photos from last night…sometimes it’s just easier to tell the story with photographs.  Meanwhile, happy Quince to DOD Alabama…it was a fabulous event! Viva la Vida! 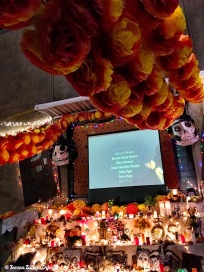 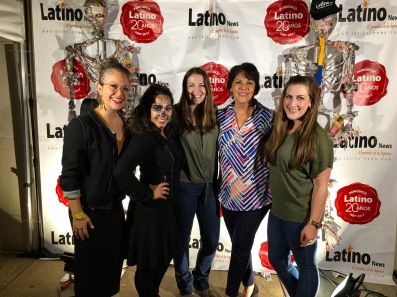 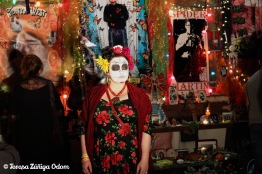 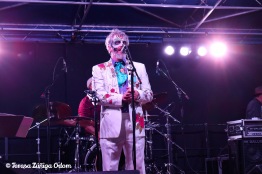 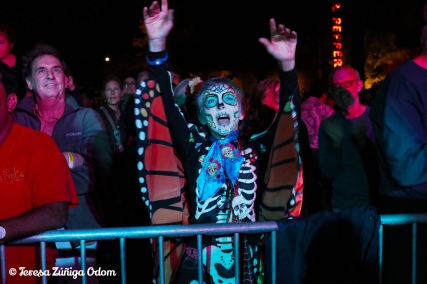 It’s been 10 years since House Bill / HB56 - I remember clearly the day this law was voted into effect and the fight that followed to get this anti-immigrant law overturned. 💪🏽 This weekend, the Birmingham Civil Rights Institute began a project to commemorate the Latino immigrant civil rights struggle in Alabama. It’s called Alabama Sin Miedo / Alabama Without Fear. The objective is to preserve immigrant stories through photographs, audio recordings and memorabilia. 💪🏽 Our community has been invited to share our stories with the BCRI so they can be preserved and included in the institute’s archives and used for future educational programs. 💪🏽 Meanwhile, Friday's opening reception brought together so many friends who were there when the fight began and it was so good to see their faces and remember.
So…going to concerts to hear bands that you listened to in your youth gives you permission to act like teenagers, right??!! 🎸 Well, this weekend Eddie and I, along with dear friends, did just that. We got to see The Rolling Stones in Nashville and then 3 days later enjoyed Boz Scaggs in Huntsville! 🎸 Both concerts were incredible and unique experiences. And the fact that both Mick Jagger and Boz are both in their late 70s and still sound amazing made the experiences even more enjoyable. 🎸 As Eddie and I start to really enjoy retirement, we are trying to make sure we have some long delayed experiences. I do regret that we’ve put off some experiences this long but instead of wallowing in that I’m already looking for our next adventure! 🎸 I’m also updating my playlist! .
🇲🇽 This photo is of my paternal grandparents - Apolonio Guerrero and Norberta Sotelo Zuniga. During every Hispanic heritage month I especially think about them and what their lives in Carlsbad, New México were like so many years ago. I know that they traveled by covered wagon in 1899 and 1900 respectively with their families to settle in New Mexico before it became a state.
💃🏽 Usually this time of the year I have a post about Fiesta and all the wonderful feels I get with this event that I’ve been a part of for the past 18 years. This year marks 19 years of Fiesta but I was in Colorado because my second baby grand was due to be born the same day as Fiesta. So I wasn’t there…and then I was…😳 @fiestabham